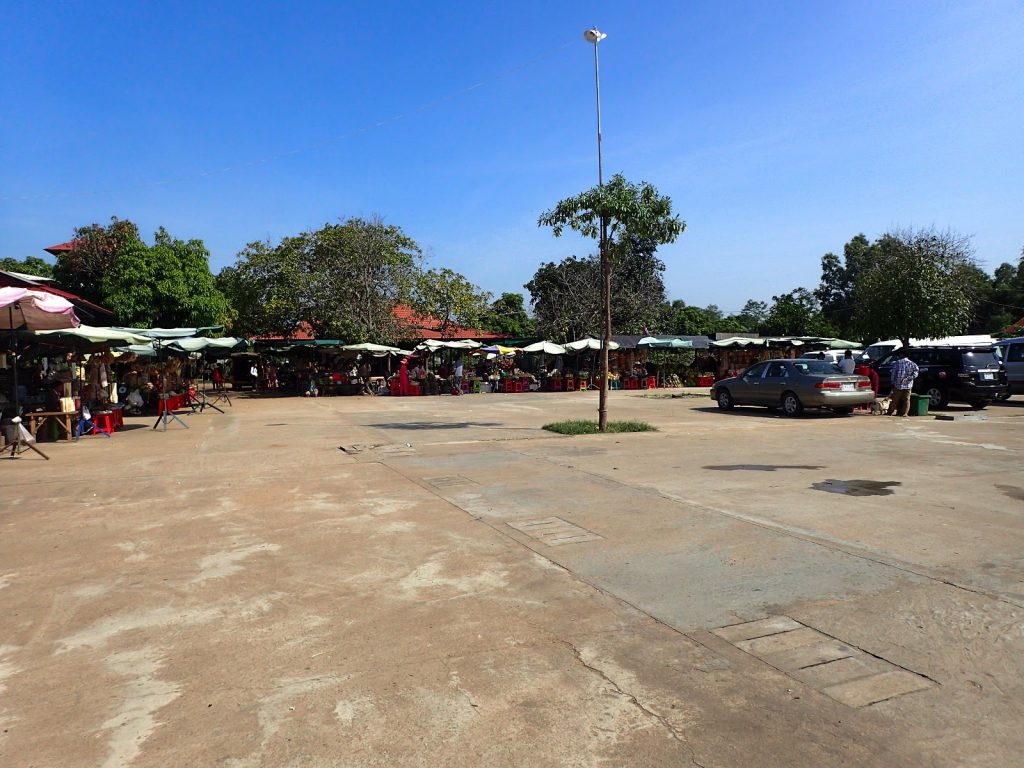 Small shops and stalls cover the sides, while other shops surround a small restaurant in the center. In between the center and the sides, vehicles pass, people walk by each other, most looking to acquire an experience only found in the shops here. Inside lies a variety of food unlike any other, waiting to be eaten and tasted.

Skun itself is considered to be an attraction of its province, Kampong Cham, and is renowned for its foods. Visitors or tourists tend to stop by to experience the liveliness and the tastes of food the market offers.

One particular stall, which looks common yet is different from others, sits on the right side of the market. 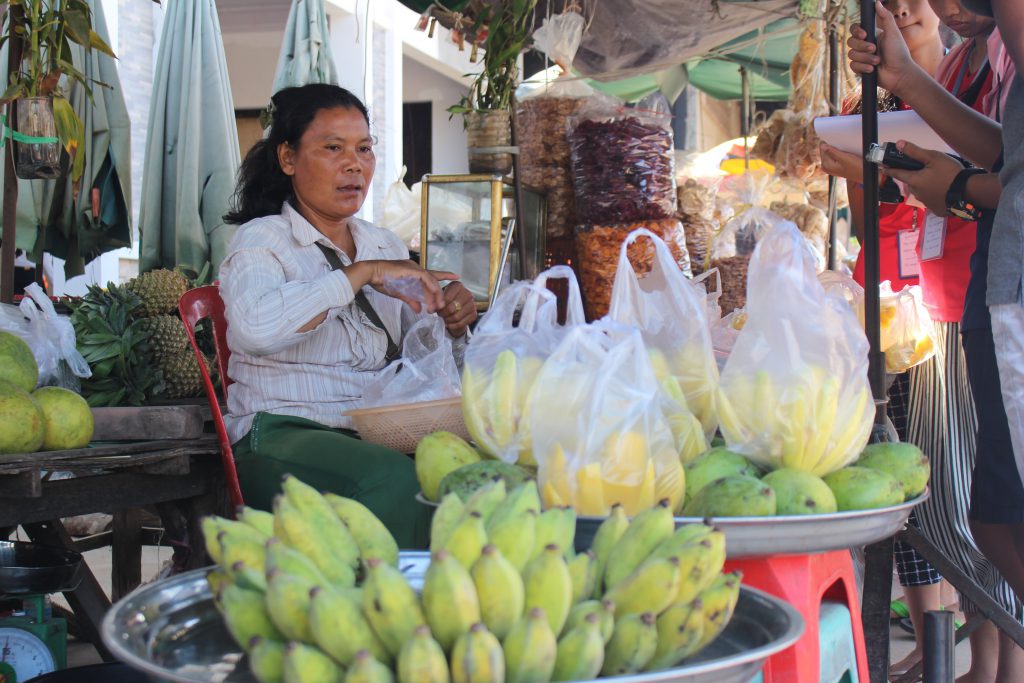 Touch (Tu-ch) has been selling at the market for about 6 years now and her stall is one of the few that sells fruits. What makes Touch’s stall special is the fact that there aren’t as many stalls that sell fruits as ones that sell exotic food. But many stalls like this can be found all over Cambodia, thus it is also a common type of stall.

Touch sells pineapples, grapefruits, mangoes, and bananas. Here in Cambodia, these fruits are typically eaten with chili and salt, which a lot of foreigners may find a bit weird. She cuts the fruits into pieces and then puts them into plastic bags along with a packet of chili and salt; she makes and mixes the salt by herself. The bananas, on the other hand, are just put on metal trays on chairs in front of her stall. 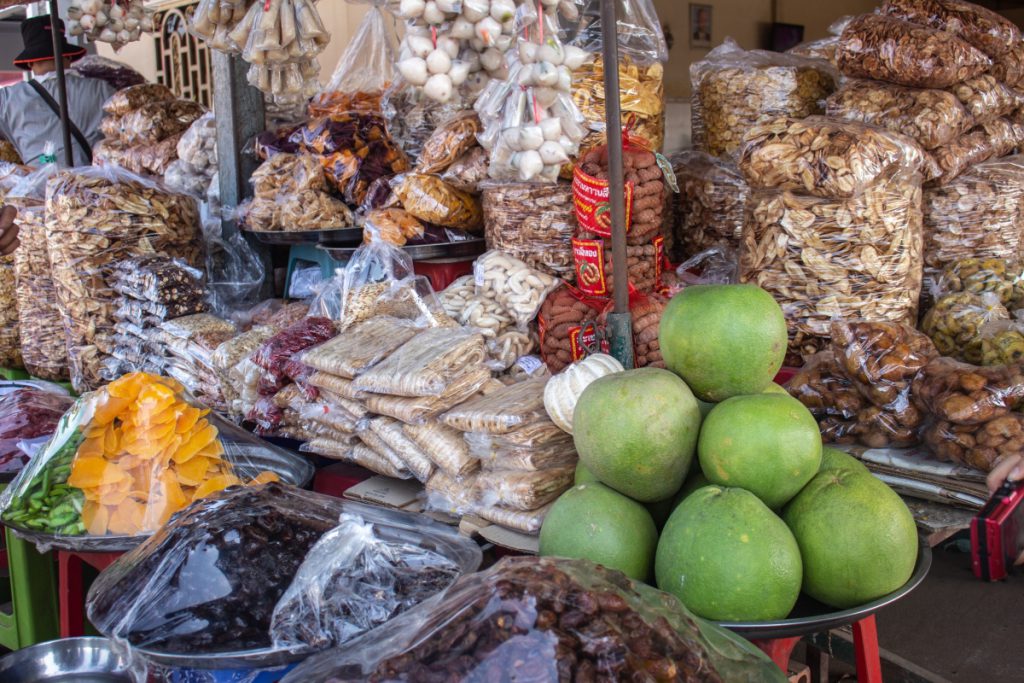 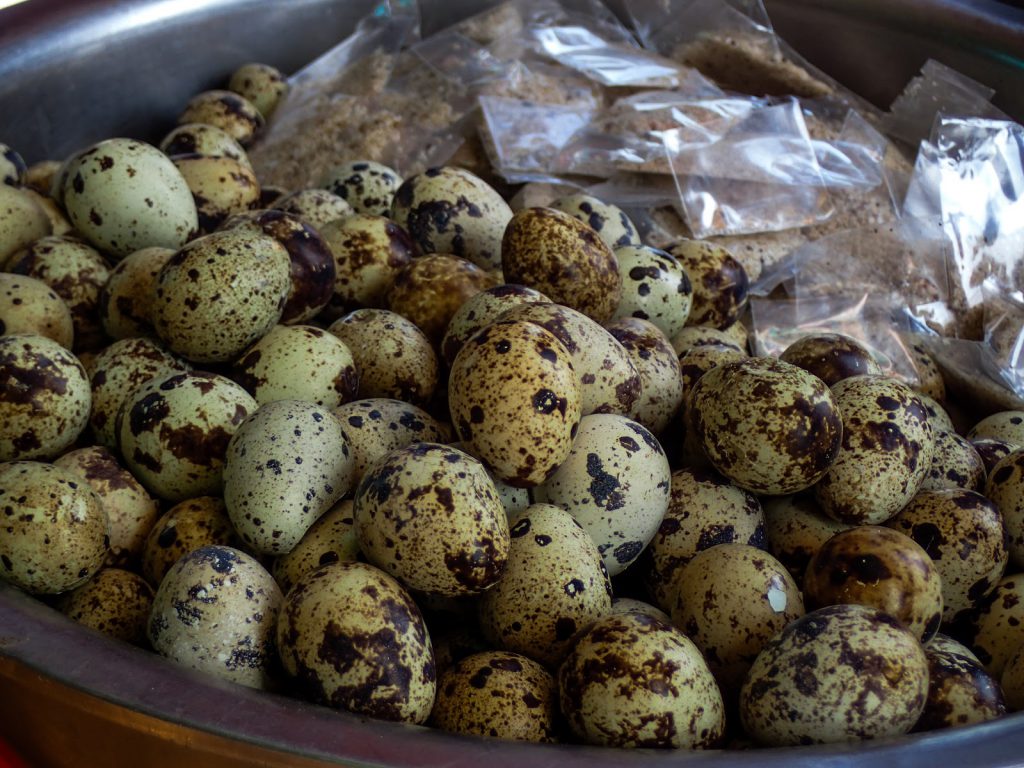 Skun is similar to an ordinary Cambodian market, but with the addition of exotic and diverse foods, from unique snacks to fried tarantulas and insects. Snacks include crispy fruit chips and quail eggs. A common type of fruit chip that can be found all over Cambodia is crispy banana chips. They are round, brittle, and sweet chips. Quail eggs are boiled and typically eaten with pepper and salt. Boiled duck eggs are eaten in the same way. 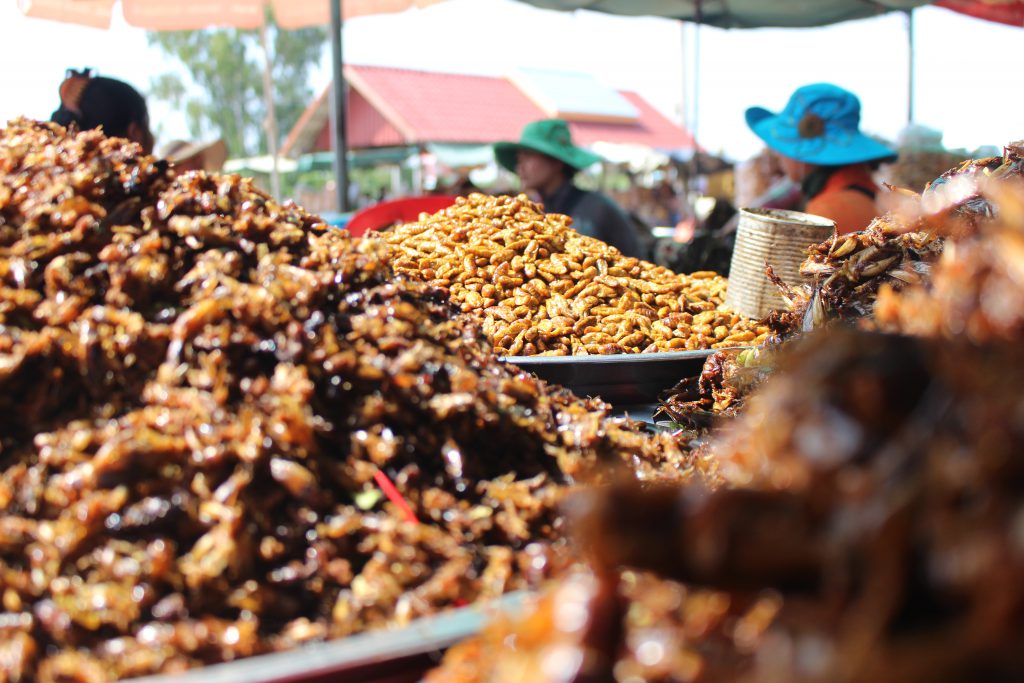 The insects and tarantulas are what attracts tourists and visitors most, especially foreigners. Insects include crickets and palm grubs. The way they’re made is rather simple: they’re just fried and then eaten, sometimes with condiments. For many tourists and visitors, it is a such a bizarre experience to consume living things such as a tarantula or a cricket, but many people do eat them in spite of that. Other types of food include fried quail and fried hot chicken. These types of food are eaten by tourists and visitors as well as Cambodians and are quite popular in the area.

Despite the exotic food and snacks that are well-known and widely eaten around Skun, common Cambodian dishes like Kuy Teav are still sold, but not as many people eat them. Currently, there are two restaurants in Skun, one in the center of the market and another on the right side next to the market, both of which have the most guests for breakfast and lunch. The dishes they sell include rice, Kuy Teav, Banh Xeo, Banh Hoy, Banh Sung, and more.

Wandering around the market is a woman carrying a round metal tray replete with a snack not many people know about. 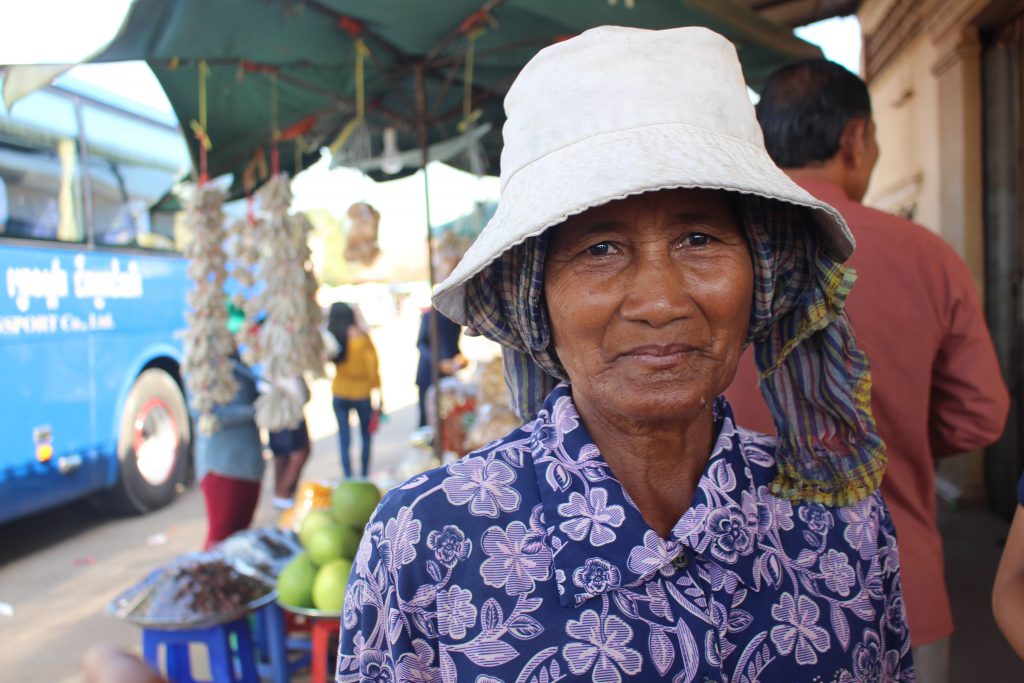 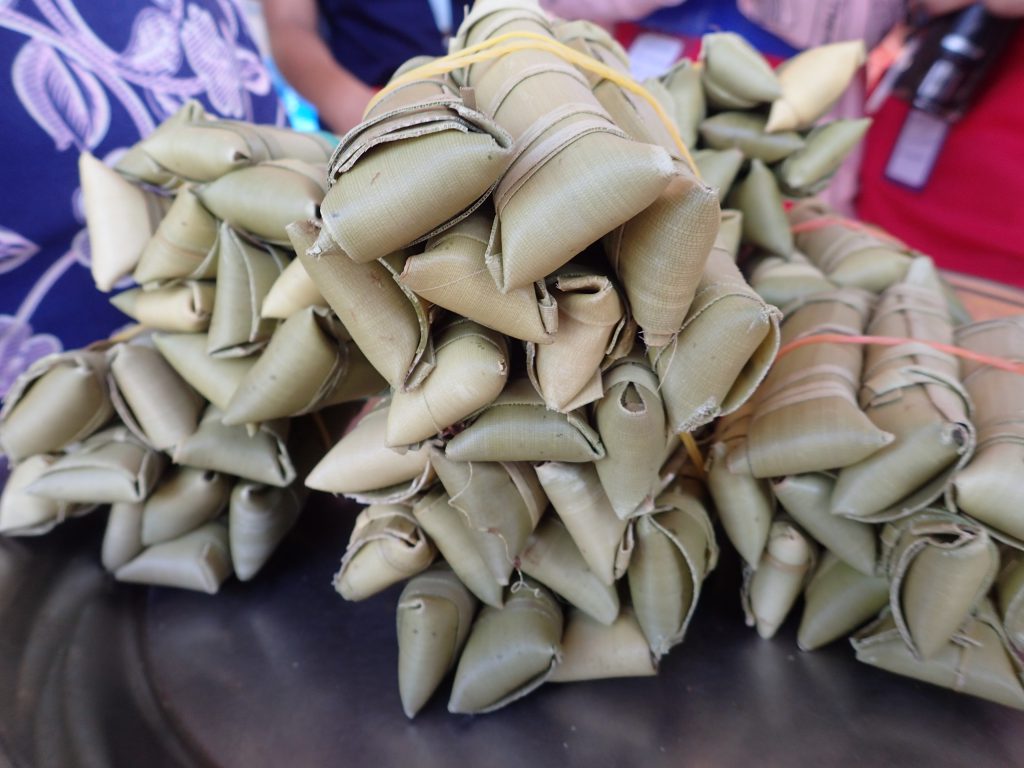 Ruon has been selling at the market for more than 10 years. The snack she makes and sells is not the first of its kind, but is not quite known by many either. If you know and love Ansom Chek, Cambodian sticky rice with banana, then you’ll most likely love this snack. The Ansom Doung is just steamed sticky rice, but what makes the taste distinctive is that the sticky rice is soaked in coconut cream before it is steamed. Ansom Doung is wrapped in palm leaves and is small, while the Ansom Chek is wrapped in banana leaves and is big. The way it tastes is much like bamboo sticky rice, but also somewhat indescribable.

Skun may be a market known for its diversity and its exotic food, but inside, it’s like any other Cambodian market. It is different, yet the same. Some of the most diverse food in the world is in this market here in Kampong Cham, Cambodia. But don’t forget about the normal and little-known food that makes this market special.