The Sugar Palm Restaurant and Bar has two branches: one located in Phnom Penh and the other located in Siem Reap. The restaurant was opened in 2002 by chef Kethana. 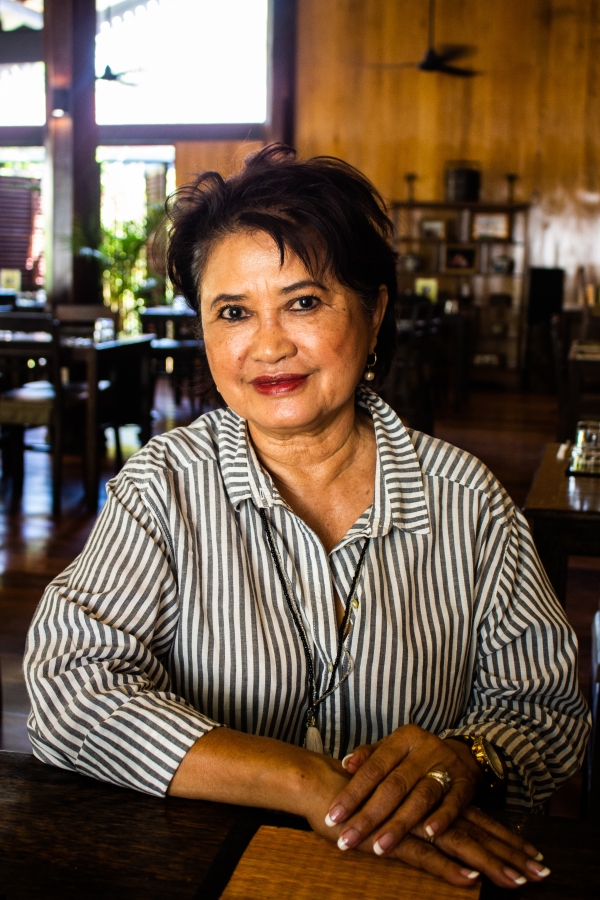 The mission of chef Kethana, owner of The Sugar Palm restaurant, is to preserve Cambodia traditional food by providing traditional Khmer dishes at The Sugar Palm. She left to New Zealand before Khmer Rouge happened but when she came back, she discovered that Cambodian food was no longer the way she remembered it. This leads her motivation to start a restaurant. 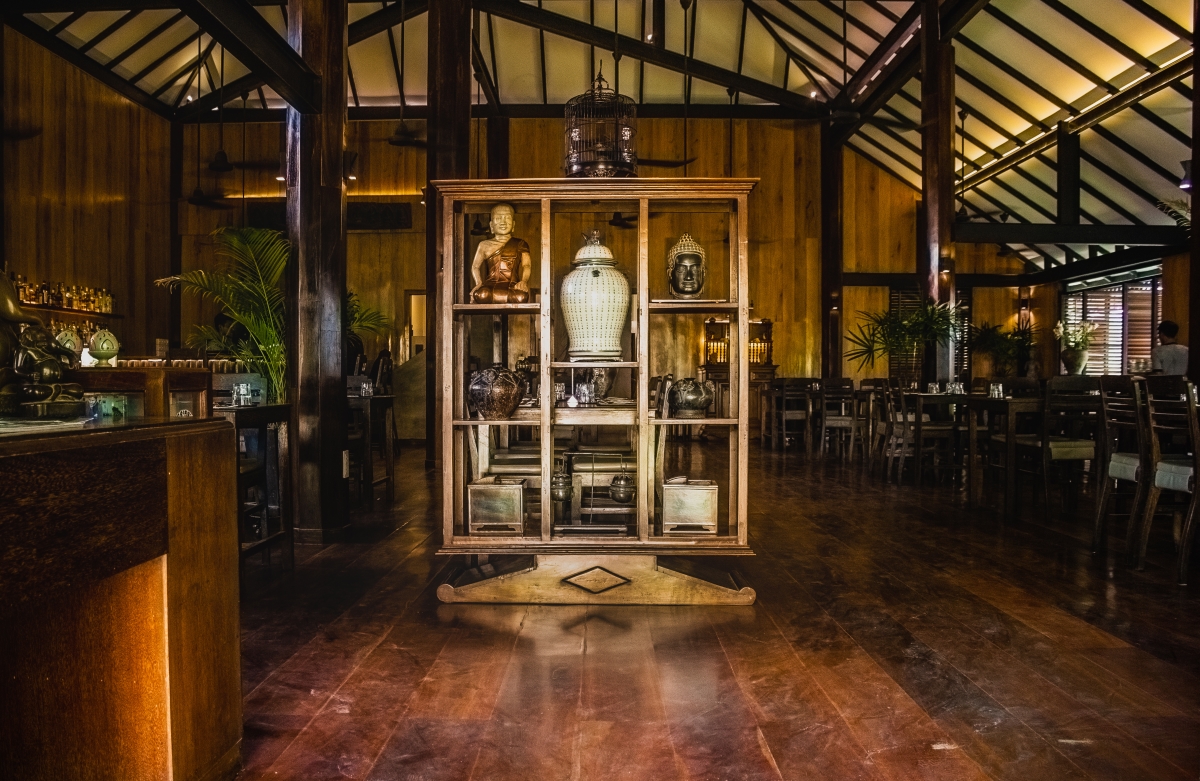 Chef Kethana loves the design and was involved in the interior design of her restaurant. In addition to preserving traditional Khmer food, she enjoys designing houses in the Khmer style. She combined these two passions to offer a true Khmer experience in her restaurant. Once you step into the restaurant, the music will make you feel romantic and with the combination of the atmosphere and food, it is the perfect place for Khmer traditional food. 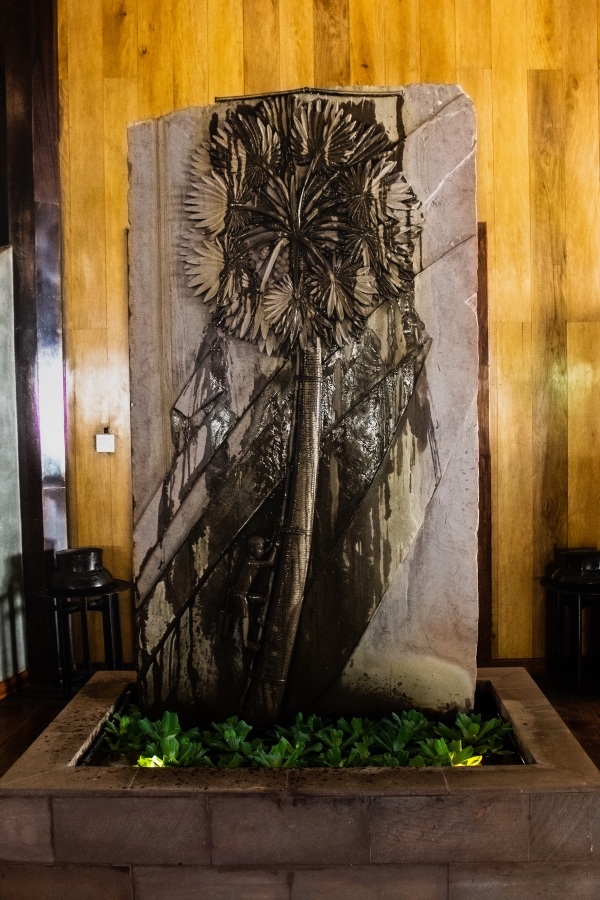 Palm trees are very important to Cambodia because many parts of the palm tree can be used. For example, its leaves are used to make roofs for shelters, its fruits, which are very sweet, can be eaten, and its wood can be used to make materials such as spoons, bowls, cups, plates and also hats, baskets. 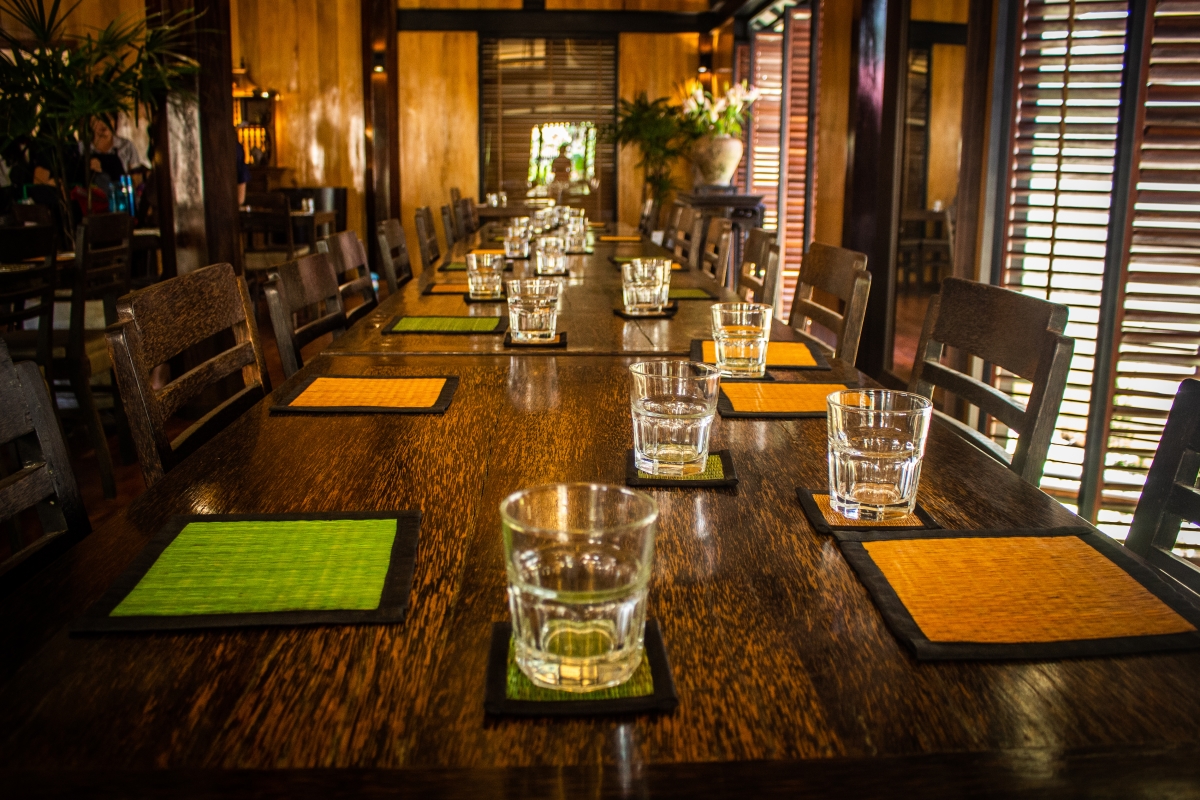 The tables are made from palm tree wood and the placemats are made from grass. Cambodians have been using these materials to make household objects for a long time. 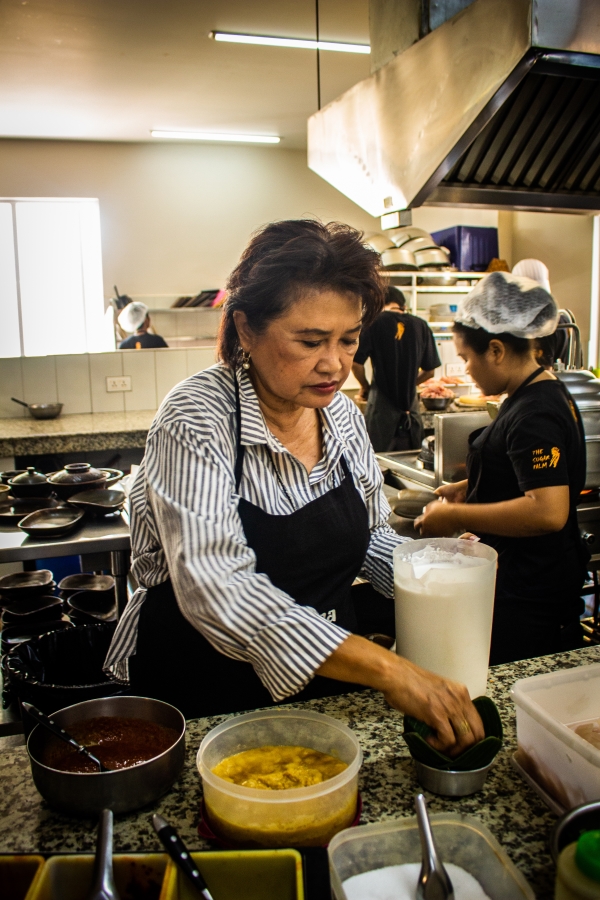 Amok is one of Cambodia’s most famous dishes. It is a steamed curry made mostly using fish and coconut cream. 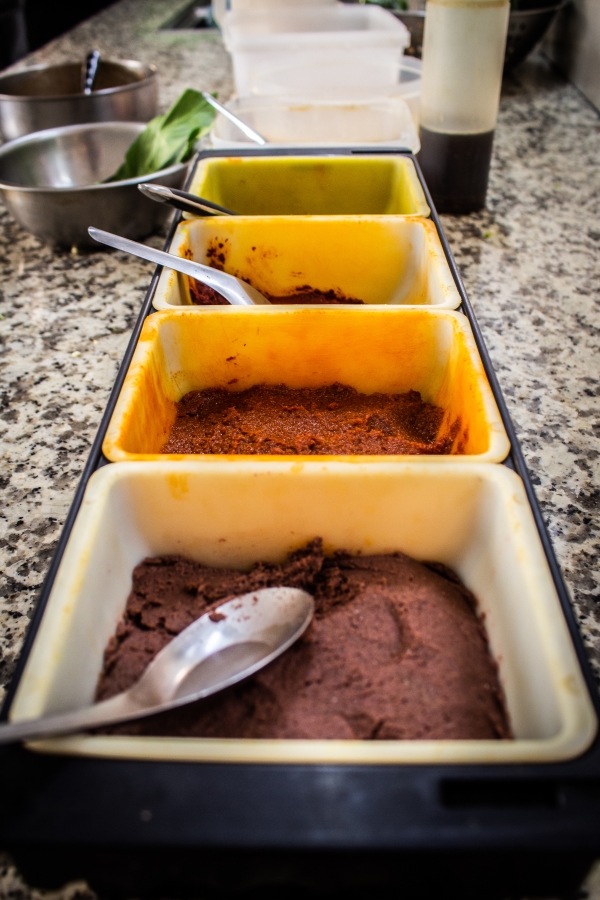 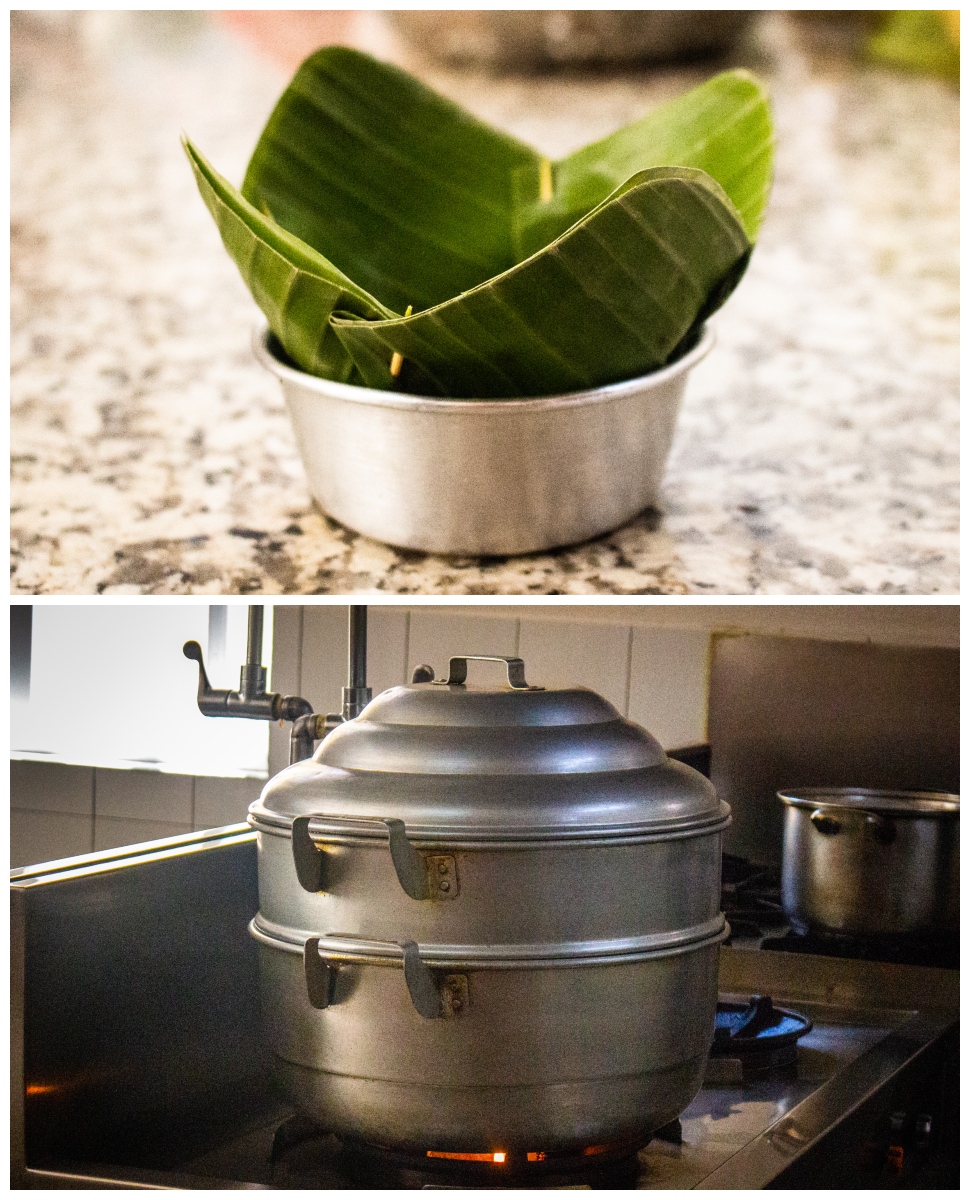 After the ingredients are mixed together, they are been put in a folded banana leaf. Fish Amok steamed for 20 to 30 minutes. When it almost has done, we add the coconut cream to it. 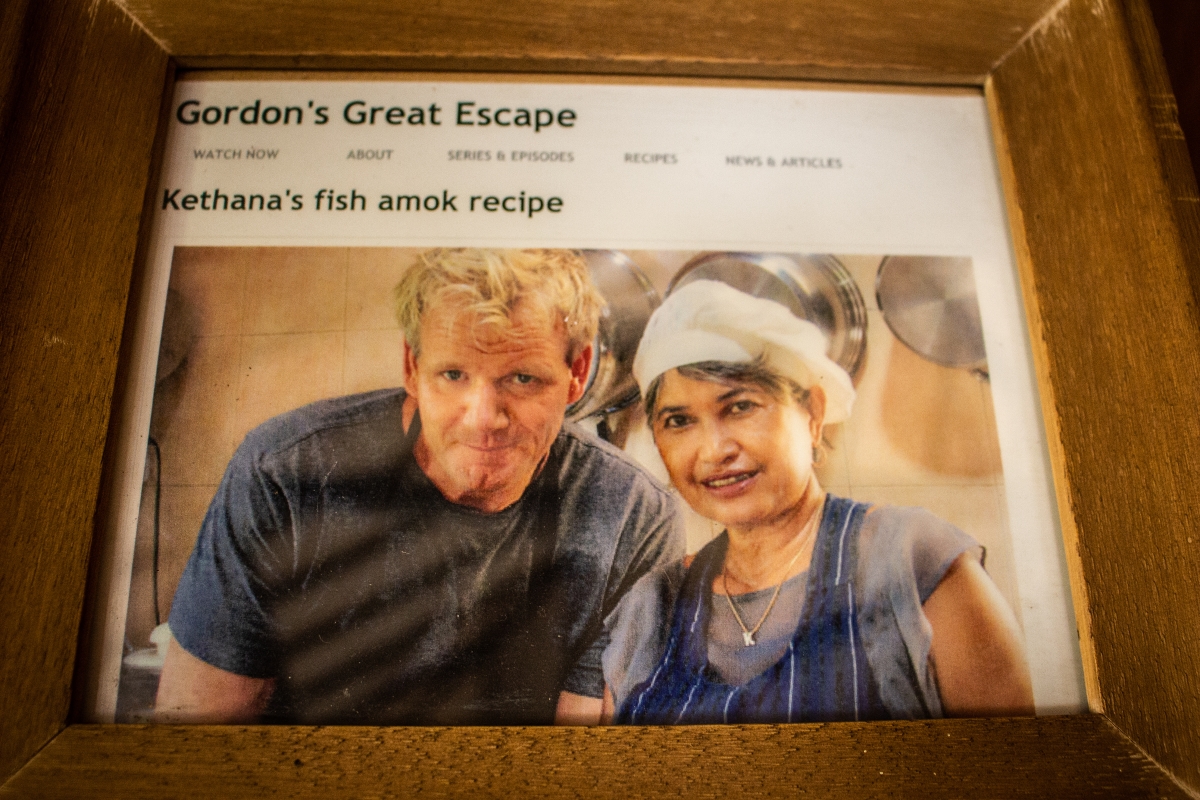 Chef Kethana once appeared on Gordon Ramsay’s show “‘Gordon’s Great Escape,” when he learned how to make fish amok from her. Chef Kethana hopes that The Sugar Palm Restaurant and Bar will be sustainable. Chef Kethana wants to see Cambodian food on the world’s map. Last but not least, she has a message for the next generation that “You need to give yourself a chance and don’t be panicked and rush”.