Psa Krom Market located in Psa Krom road, Krong Siem Reap. Both local Cambodians and foreigners come to buy some food such as fried-pork skin, fried chicken and some vegetables as well. The market bustles with noise and the sound of sellers shouting from their stands. The smoke of fried and grilled food rises up in the air, all over the atmosphere. Motorbikes and bicycles are weaving between food stalls. The seller, Bun Sun says his decorated buns attract a lot of customers. His unique ideas have boosted sales which makes for a happy salesman. Lim Heang Restaurant is a place that is mostly known for Borbor Pek (Phek Porridge). Porridge is one of the most popular foods in Cambodia. Cambodians usually eat it for breakfast. However, Phek Porridge is rarely known, because it is most popular in Battambang and Siem Reap. Phek porridge is a type of Cambodian porridge that is green and has a lot of vegetables in it such as mushrooms, pumpkin, etc. The color green most likely comes from the vegetable. Mouy Cheng opened her restaurant with her sister and brother-in-law. Because there are a lot of vegetables in this porridge, it is a perfect porridge for vegetarians and for those who love vegetables. 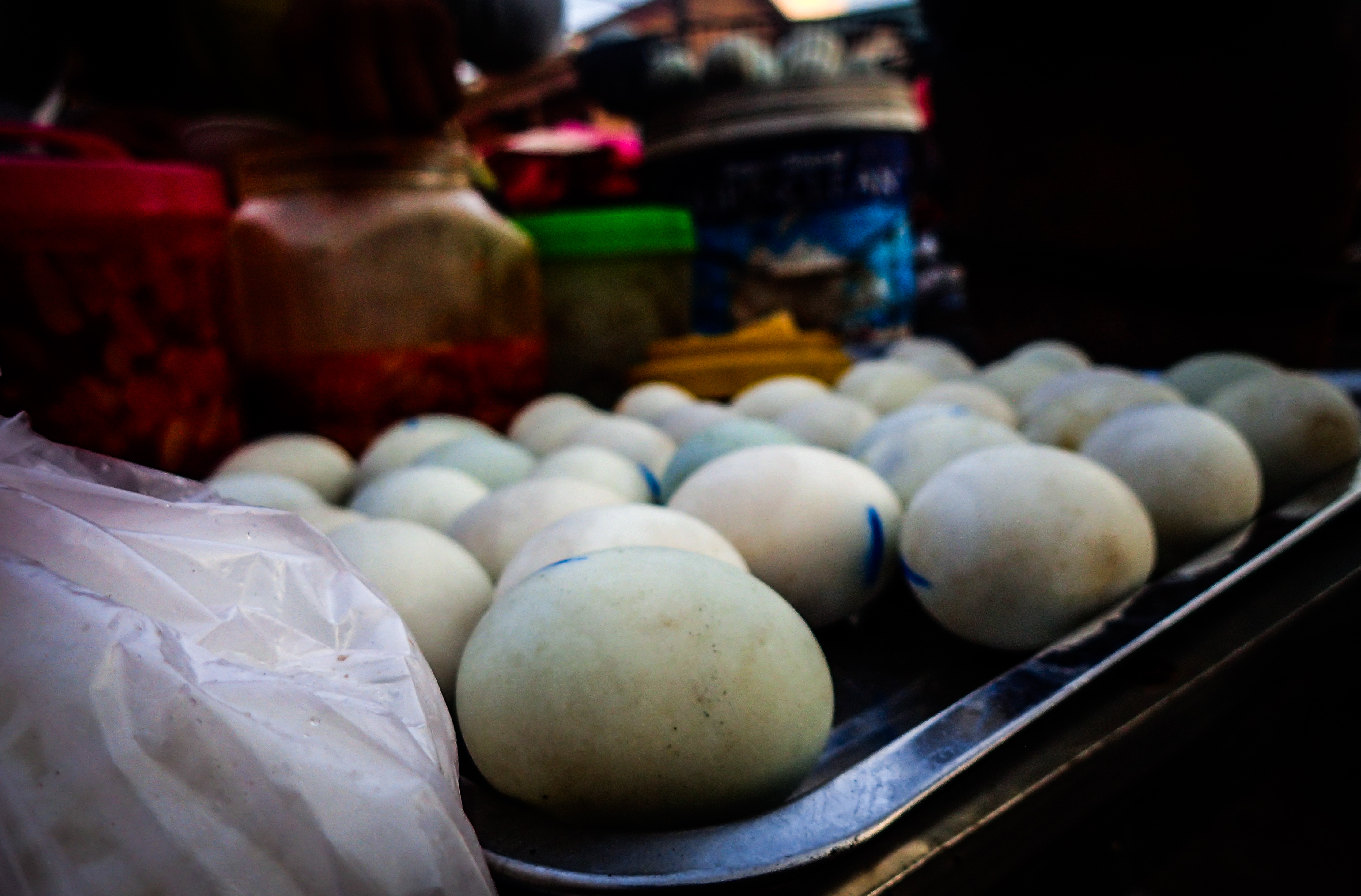 Boiled-Baby duck eggs ( “Pong Tia Kon” in Khmer) is a delicacy for Southeast Asia. Inside the shell, one will find a duck embryo forming into an adult duck and the egg can either be boiled or steamed. Fried pork-skin has a rough texture and is very crispy. It is dry and brown. The taste isn’t too sweet and salty. This fried pork-skin isn’t originally from Cambodia but an idea that the seller brought back from Thailand after working there. The ministry of Thai had found that there are 1.05 million Cambodian workers in Thailand. These might be one of the reasons that Cambodian food is adopted or influenced from Thai.