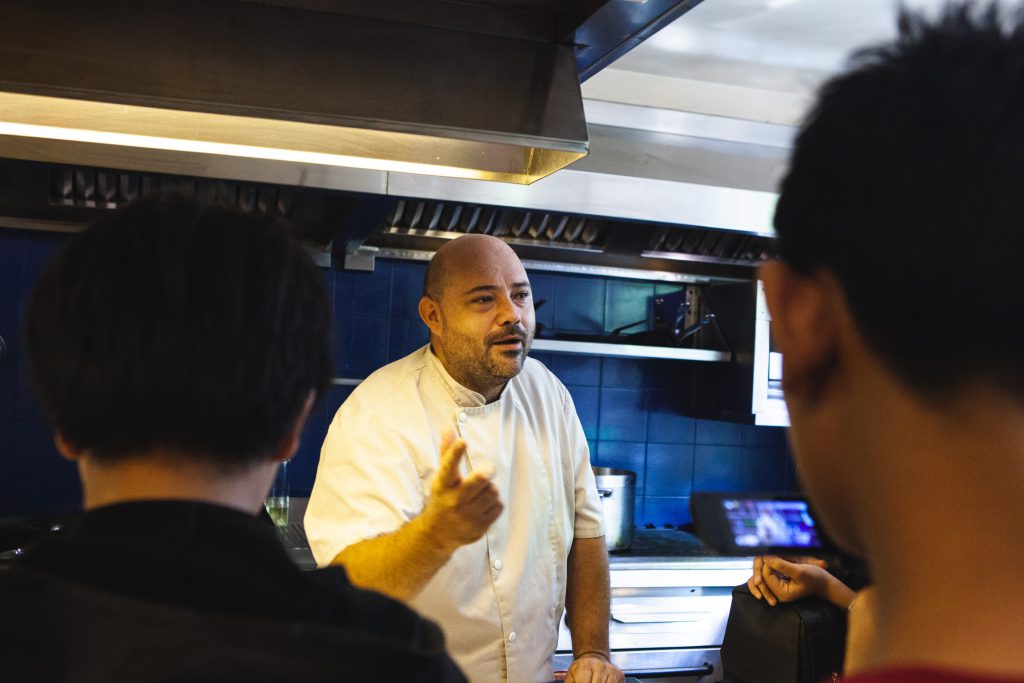 Growing up in his father’s restaurant, Joannes Riviere didn’t always want to become a chef, but eventually, he changed his mind and became one. In fact, he was inspired by his family to become a chef.

When he first came to Cambodia, chef Riviere was always asked to cook French food. At that time, products for French food were not very good due to how imports worked, but on the other hand, there were good products for Cambodian food. So he decided to open a restaurant based on the idea of promoting Cambodian products.

Chef Riviere began his cooking career back in France after graduating from cooking school. Afterward, he worked as a chef in the United States for two years until he came to Cambodia as a cooking teacher and chef at the Sala Bai Hotel and Restaurant School.

To chef Riviere, being a chef is special because your work is very “short-term”.

“When you’re an architect, it takes time to draw the house and it takes time to build the house and then the house is built and it’s there forever, but when you work as a chef, you’re a craftsman or craftswoman. You create something, you sell it, people eat it, and it’s gone,” chef Riviere explained. “You have to be very efficient, very organized, and you have to be very good the first time because you cannot change the food when it’s gone.” 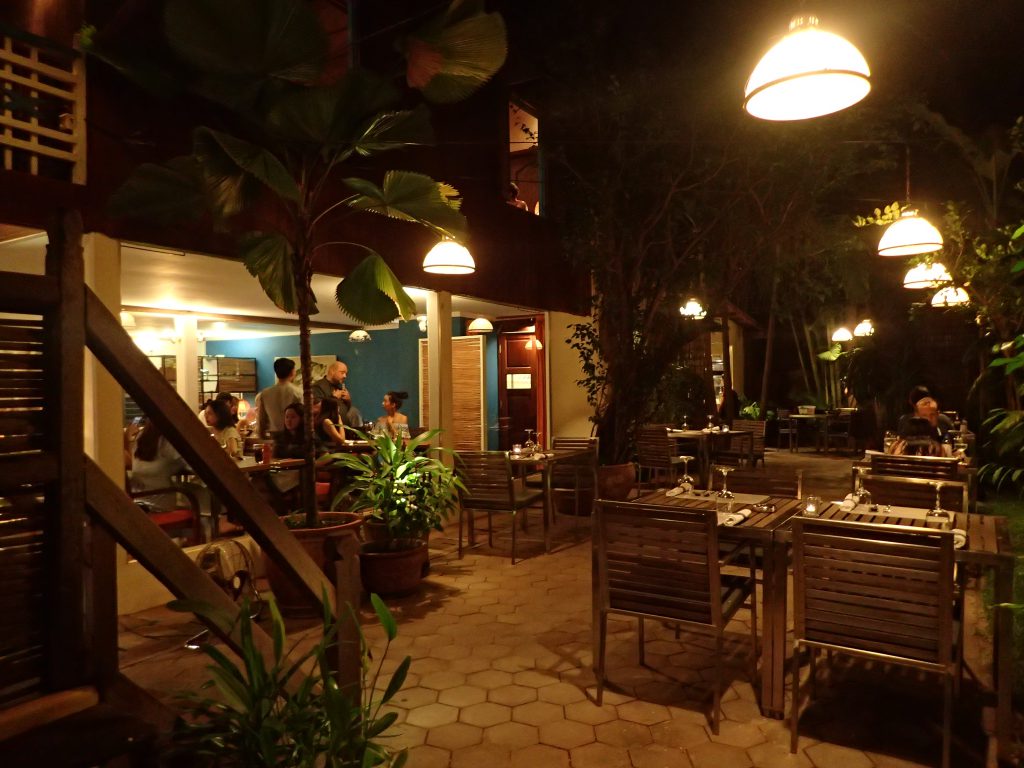 Chef Riviere opened his restaurant in 2011 with his wife and named it Cuisine Wat Damnak, after the name of the neighborhood. Three different types of settings are available at the restaurant, each offering a unique experience for customers to eat and dine in. Upstairs, a traditional Cambodian wooden house offers an experience of the country’s tradition. Downstairs, an air-conditioned modern dining room. And outside is a beautiful garden great for a dinner under the sky. 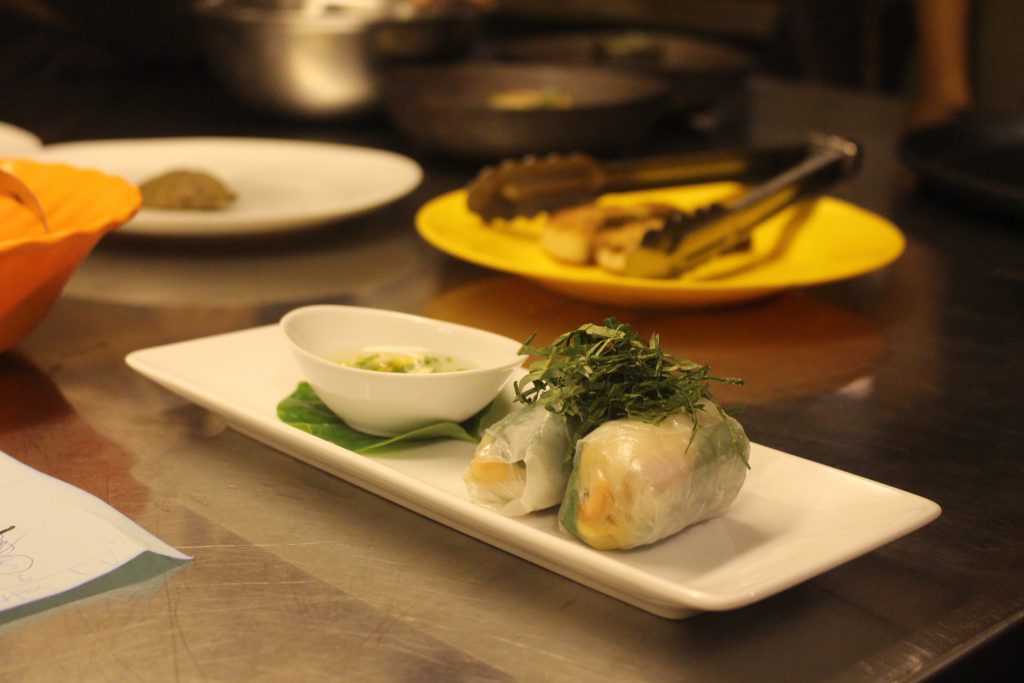 The presentation of food at Cuisine Wat Damnak is noticeably different from the way normal Cambodian food is presented. Rather than presenting the food the way it’s normally presented, chef Riviere has changed how the food looks, but in a way that preserves the food’s taste. Although his food looks as if it doesn’t belong to Cambodian cuisine, its taste does belong. 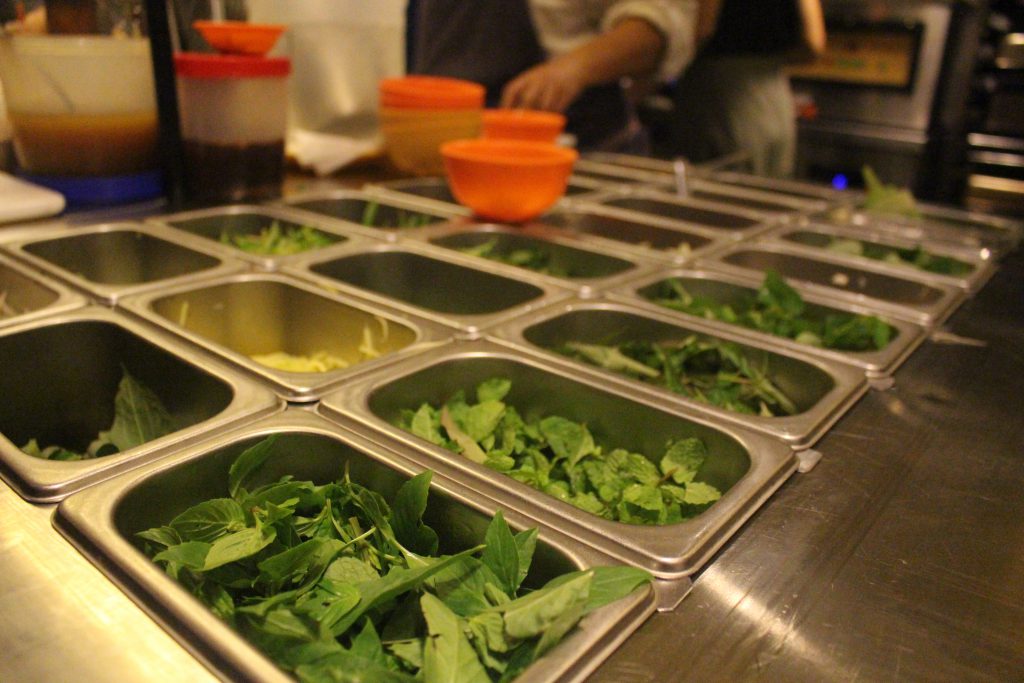 When it comes to the quality of food, chef Riviere tends to think in terms of the products that make up the food. The food at Cuisine Wat Damnak is almost entirely made from local Cambodian products.

“I think Cambodian food is as good as any food if it’s well prepared,” said chef Riviere.

Every two weeks, the menu of the restaurant changes to make the most of the available seasonal products in local markets. 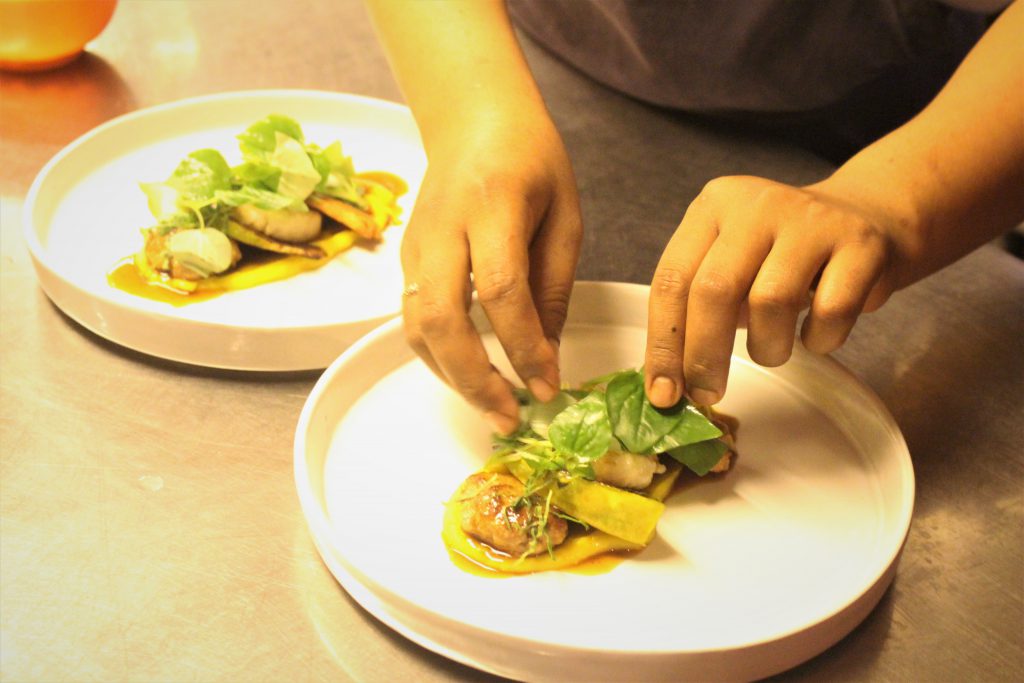 Some of Cuisine Wat Damnak’s dishes are chef Riviere’s own creations. He has created flavours that many people can describe as Cambodian. He likes to get creative with the way he presents his food while still maintain its original taste.

From the chef’s perspective, Cambodian food and Khmer food are two separate things. While Khmer food is closer to tradition and culture, Cambodian food is focused on what is eaten in Cambodia today and what has been eaten in recent decades. Cambodian food isn’t exactly traditional, although some may consider it as traditional. Some of the dishes may be from neighboring countries, especially Vietnam, Thailand, and Laos. They include Tom yum (hot and sour Thai soup) and Bok L’hong (green papaya salad).

“Now Khmer is a synonym for Cambodian. We prefer to talk about Cambodia because it’s more inclusive. It includes all the influences from other countries,” said chef Riviere. 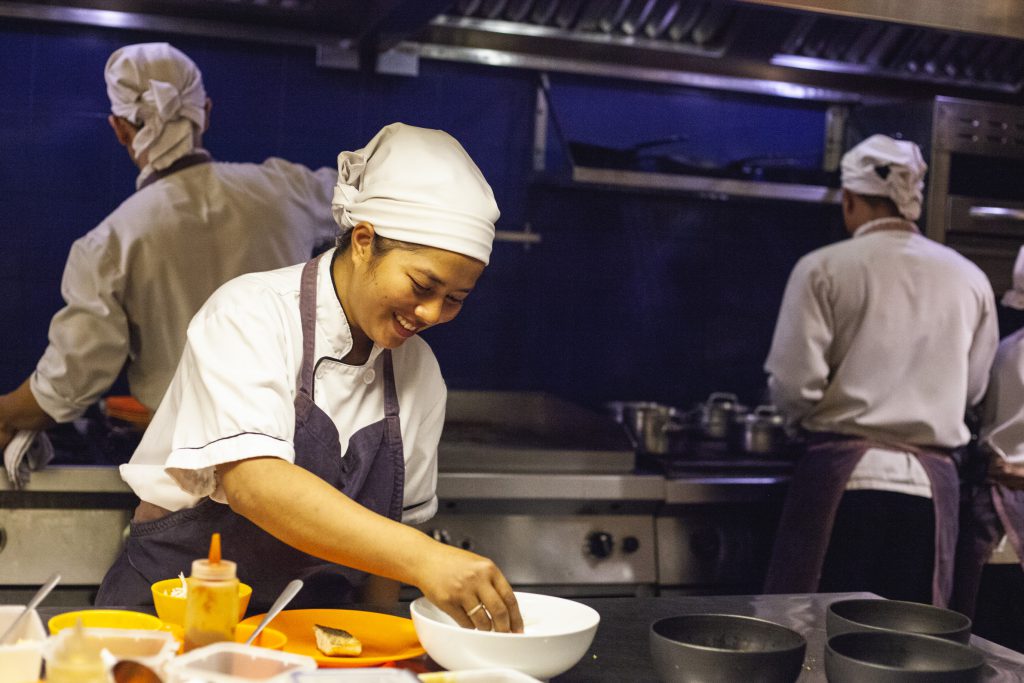 Many people in Cambodia over the past few years of development have been observed that they mostly want to eat fried food and meat, especially fast food from other countries when they go out into the city. This means not a lot of their own food is eaten, which makes the value of the food go down and in turn, makes the quality do the same. Looking at the other side, Cambodian food is still made and eaten a lot on the streets, but not with very good products.